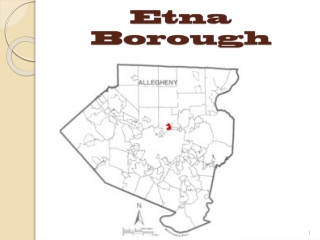 Etna Borough. History. General Wilkins was the original owner of a large tract of land at the mouth of Pine Creek, embracing the present site of Etna borough. David Anderson purchased the land from him, and started designing streets and lots.

The March on Walnut Creek

Shaler Township - These notes are taken mostly from: www.shaler.org a history of shaler township by malcolm c. smith,